Family and genetic studies have shown significant associations between obsessive-compulsive disorder (OCD) and other psychiatric disorders such as generalized anxiety disorder, panic disorder, depression, hypochondriasis, body dysmorphic disorder, trichotillomania, obsessive-compulsive personality disorder, and avoidant personality disorder. Therefore if you are seeking treatment for OCD it is important for your psychiatrist to screen for these other disorders as they may affect the treatment efficacy. This is even more true since OCD per se can be challenging to treat and remission rates are low despite the introduction of several new evidenced-based treatments over the past two decades.

The current state of art for OCD treatment includes one or more of the following: psychotherapy, behavioral therapy, medications, and neurosurgery. In this section I will focus on the pharmacotherapy of OCD. First-line treatments are serotonin reuptake inhibitors such as clomipramine (Anafranil), venlafaxine (Effexor), duloxetine (Cymbalta), escitalopram (Lexapro), and others in the same class. Several medications from other classes have also shown some efficacy as stand-alone or add-on treatments: Monoamine oxidase inhibitors (MAOI) such as phenelzine (Nardil) seem particularly helpful for OCD patients who also have panic attacks. Newer antipsychotic agents may be of help when combined with SRIs, including Risperdal, Seroquel, Geodon, Abilify 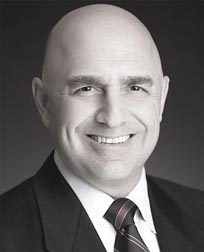 The aim of my practice is to provide expert psychiatric care in a trusting and empathic environment.

I encourage an assertive and collaborative treatment style to help you recover faster and develop the insight, skills, and resilience needed to better handle life challenges.

COVID-19 UPDATE: Your care is our priority. At this time, our offices are offering tele-psychiatry appointments. We will also be honoring limited in-person scheduled appointments. If you or anyone close to you is not feeling well, please refrain from coming to appointments and instead utilize our tele-psychiatry options.  Please contact our office at (303) 495-4372 for more details.